I hope you enjoyed One’s story. I’ve decided to break down some of the “Easter eggs” in the story to help you understand a little bit more about One’s. 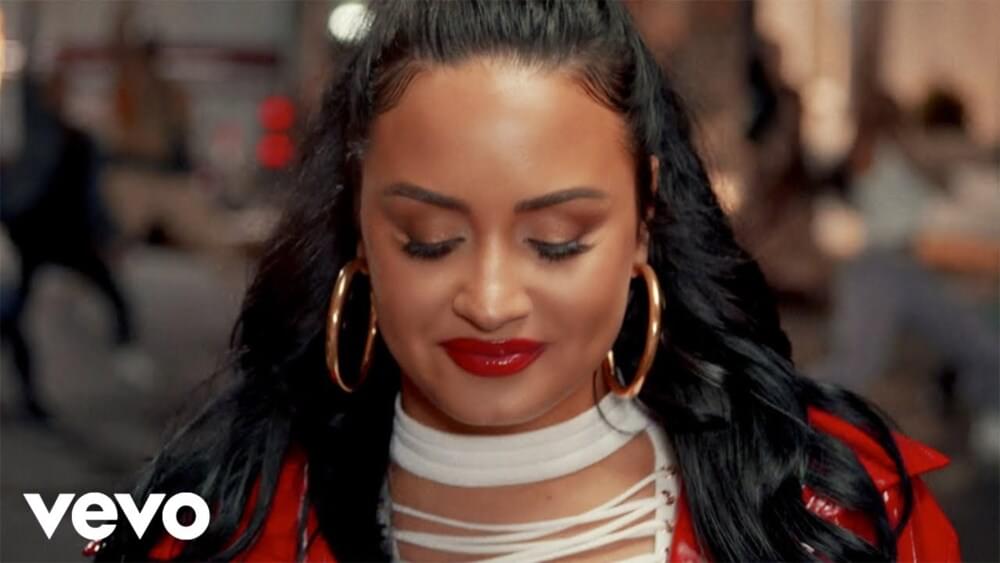 The first song was from the anime show Death Note. In this show the protagonist is a teenage boy named Light who comes across a supernatural notebook that will kill anyone whose name gets written in it. He decides that the right thing to do is to start killing off really bad people. But as the show progresses his obsession with making the world better becomes corrupted until he ends up seeing himself as a god dishing out justice. Meanwhile a detective who goes by the alias of L seeks to track Light down and is the only person who’s able to stay a few steps ahead of him. He’s just as smart as Light and just as passionate about bringing about justice, but without becoming corrupted by the passion. The song is L’s theme and I chose it because L and Light are a good picture of the two possibilities for Ones. They can be like L and work tirelessly and diligently to deliver justice and fight evil. But their fear is becoming like Light where their desire to make the world better ends with them becoming the villain.

The second song is the end credits for Infinity War because I believe Thanos is a picture of what a One would look like as a villain. Thanos’ sole purpose was to bring balance to the universe by wiping out half of life. But the only reason he wanted to do this was because there weren’t enough resources to go around. He saw himself as the hero because he saw a solution to a problem and was willing to go after it no matter the cost. At their cores, Ones just want to make the world a better place. They will most likely never be the person who likes doing bad things for fun. Their deepest fear is of becoming the villain, but if they do they will always have some sort of reason to justify it.

The last song is I Love Me by Demi Lovato. I chose this one because I think some of the lyrics speak directly to the struggle of being a One:

Way too good at camouflage

Voices in my head make up my entourage

But I’m an expert at giving love to somebody else

-Ones are intensely critical of themselves and no one is harder on them than they are on themselves. But more on that later.

All the times I went and messed it up

I wonder when I love me is enough 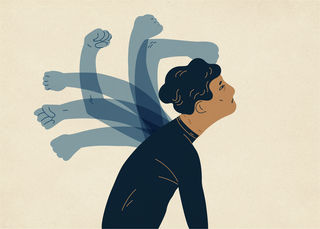 If you do any study on the type One, you’ll inevitably hear about the “inner critic”. While most people have some sort of self-criticism, for the type One, it’s on a whole other level. So I knew that I had to make this critic an actual character in the story. I made it One’s reflection because not only is the inner critic a One’s voice to themselves, but it always shows up when they look at themselves.

In the story, One’s reflection is always saying “You should’ve…” This is because Ones are constantly criticizing things they’ve done and thinking about how they could have done something different that would have made it better. 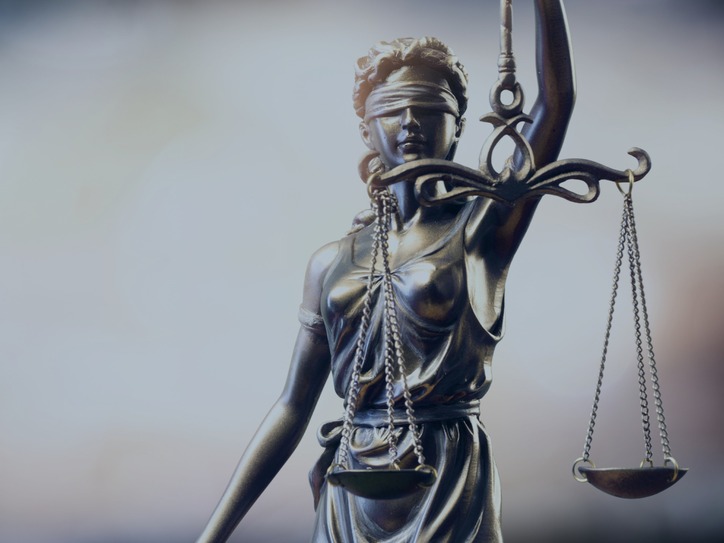 There were little hints of criminal justice sprinkled throughout the story. One has a Glock, which is the staple gun for a federal agent and when she steps into her office to meet the Man in the Hood, she yells out, “Hands in the air!” like a police officer. This was a nod to the fact that many Ones do end up in law enforcement. This is because Ones have a very strong sense of justice and a strong desire to dish it out. At their core, they want to make the world a better place and it will be a better place when certain rules are followed. Notice the things One says that bothers her about the Man in the hood attacking the agents: that he’s hurt Nine who’s an innocent person, invaded Six’s privacy, and attacked Three after he was taking down a corrupt organization. She’s not just upset that someone’s attacking her friends, she’s upset at the violence against the innocent, the invasion of privacy, and the obstruction of justice.

I intentionally had Four and One’s stories intertwine more so than any of the other stories. They both live together, they both have the same color scheme, they both get the same magazine from the Gunsmith, and they’re both sisters. The reason is because I believe that Fours and Ones are mirror reflections of each other. Fours are critical about who they are, Ones are critical about what they do. Fours see all the things that are missing in them, Ones see all the things they’ve done wrong.

Here’s a few of the visual contrasts between both stories:

-Four and One are both Blasian, but Four is visibly Asian while One is visibly Black.

-Four shows off her tattoos with pride(wears her emotions on her sleeve). One covers her tattoos(hides her mistakes).

I tried to show how organized One is in the story every chance I got. She has a reminder on her phone to hang out with her friends, her side of the apartment is incredibly neat and tidy, her clothes and shoes are color-coded in her closet, and she has extra guns for back-up in case she loses one. This is because most Ones are very organized and this can sometimes be interpreted as “perfectionism”. The stereotype is that they can be OCD and have all their pencils sharpened at the same length or need their picture frames to be hanging at the same height. But it doesn’t always look like that. At the end of the day, Ones just want things to be good, whether it’s a paper they write, an outfit they wear, or the way their office looks.

When One walks into her apartment the first thing out of her mouth isn’t hello to Four, but “How many times do I have to tell you to clean up after yourself?” I did this because as hard as it is for the rest of us to believe, criticism is the way that Ones love. Because they want things to be as good as they can be, they also want us to be as good as we can be and that means pointing out things we do wrong. But they’re not doing it to be mean, they’re doing it to help us be better. Granted, Ones often need to learn how to criticize constructively and how to compliment more. But overall, their criticism usually isn’t coming from a desire to hurt us, but from a desire to help us. 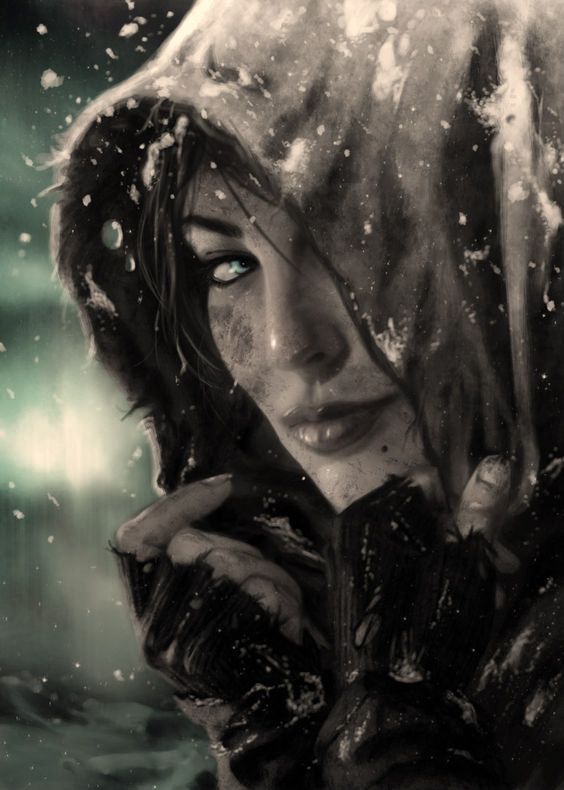 One is spending the story trying to figure out who this Man in the Hood is who’s been attacking all the agents, only to find out that she’s been tag teaming with her mother and they’ve been attacking the agents together. She was the same villain she was trying to stop. This is one of the deepest fears of the type One–becoming corrupt. The worst thing for a One is to be working hard at making the world a better place only to end up becoming the evil that’s making the world a worse place.

But One discovers that this was all a part of her father’s plan to actually make the agents better. Of course, life doesn’t always work out this way and you don’t usually find out that your screw ups were actually good in the end. But this was a way of encouraging Ones that there’s no mistake you can make that’s so bad that God can’t redeem it.

Aside from Five, One is the only type in this series who already knows what magazine she needs before the Gunsmith gives it to her. But she’s never used it on herself because she doesn’t think she deserves it. The irony is that the magazine is grace and grace can’t be earned.

In addition, if you’re a type One, you may have friends or family members who have voiced that you can be too critical and not give them enough grace. The final scene in One’s story was my way of helping you realize how to remedy that because at the end of the day, “you can’t give other people grace until you give it to yourself first.” No matter how badly you mess up, you are more than your mistakes and you’re still worthy of grace. If you were confused about the ending, this isn’t the end of the series. All of this was a set up for things to come. Think of this as season one of the Enneagram Chronicles. Season two will feature everyone back again as they work to fight this threat that’s coming. Something to look forward to is that instead of focusing on each type on their own, in season two the types will be working together and you’ll see how different types cooperate or clash with other types.

Lastly, if you haven’t listened to the One song by Sleeping At Last, check it out…