I finally decided to see for myself what’s going on with Kanye West. I have to admit that I was very cynical and reluctant to even give the stories a passing thought. But I finally listened to Jesus is King. I have to say that I’m torn on how I feel. The creative in me is unimpressed–mainly because social media has been touting this album as being lightyears ahead of any Christian rap music out now and partly because Old Kanye still sounded better to me. But the Christian in me is very much impressed. I’m not saying that I’m giving a wholesale endorsement of anything he does from here on out. But I want to be open to the possibility that God is actually at work here. So all creative and theological issues I may have aside, here are 3 reasons why I respect Kanye West’s faith journey…

Too many times I’ve heard someone say “I used to rap. Then I became a Christian.” This has always dumbfounded me. If God gives you gifts, He wants you to use them when you’re saved, but for His glory. Not using them at all doesn’t make you more holy. Kanye has gotten saved and is still making music. He could’ve shut all of that down and become a monk, but instead decided to keep making music and make it about God and not himself. Which leads us to our second point…

2. The switch has been dramatic

Simply put, this man has gone from saying “I am a god” to saying “Jesus is king”. He’s gone from focusing on himself to focusing on Jesus. Not only that, but he’s committing to no longer cursing and is taking a stand against pornography. Whether he can maintain those commitments isn’t the point. The fact that he’s shooting for that is admirable. After all, aren’t these things that the most conservative Christians judge nonbelievers for doing? And now Kanye is trying to convince people to stop doing them too because of Jesus.

If you’re a Christian, how dramatic was your shift when you got saved? Did you immediately stop cursing? Did you immediately take a stand against pornorgaphy or against anything else you had been addicted to? Many of us had a gradual shift. Our faith journey is a walk, not a jump from zero to sixty in two seconds. And even if you did have a jump to lightspeed holiness, was your life on display for the world to see while you did it under astronomical pressure that no human being should ever be subjected to?

3. He has nothing to gain and everything to lose

Some people are saying that this is a sham and that Kanye’s doing this for publicity. But look around you–Christianity isn’t sexy. Nobody likes the church. Associating yourself with the church is not the best career move. And given the way much of the church has reacted to Kanye, it’s very clear that he’s not doing this for the community of loving, accepting believers that will embrace him with open arms.

That being said, here are 3 warnings I have for Christians who want to judge Kanye too quickly…

It can be very easy to judge Kanye because his beliefs aren’t square with what your particular denomination believes. Or to judge him because he doesn’t use the right Christianese phrase. Or to judge him because he doesn’t mention 5-point Calvinism in his album. Keep in mind that he is a newborn believer. My man just got saved like last week. None of us had our theology straight right after we got saved. We can’t expect Kanye to have it all together either. He’s going to make mistakes. He’s going to miss some things. He’s going to misinterpret some verses. But at the end of the day, that’s what baby Christians do. You wouldn’t yell at a three-year-old for misspelling Schwarzenegger. So we shouldn’t get upset at Kanye if he doesn’t become a biblical scholar overnight.

This doesn’t mean that we should let him get away with erroneous theology or flat-out heresy if he starts spewing things out his backside. But you wouldn’t give up on that three-year-old if they were convinced that Schwarznegger was spelled with a q. Neither should we give up on Kanye before giving him a chance.

2. His life is under a microscope

In addition to being a baby Christian, Kanye is a whole celebrity. At this point, an article has come out about him like every 2 days. I wouldn’t be surprised if we start getting notifications every time he changes which Bible translation he uses. With all of that attention, it’s inevitable that we will see things that are off. And being that he’s a new Christian, we’ll have a front row seat to all of that sub-par theology. This isn’t to say that we should endorse incorrect theology and give him a pass because he’s new. But ask yourself: if the entire world had been watching your first year as a Christian, would it be an accurate depiction of Christianity? If not, then don’t expect Kanye’s first year to be perfect either.

At the end of the day, God is the one who does the saving. And He’s been doing this for a really long time. It’s not our responsibility to save Kanye or to make sure that his theology matches ours. It’s our responsibility to pray for him. This isn’t the first time God has saved someone who was on the extreme opposite end of the spectrum. Remember Jacob? He was a full-time liar and con artist and God turned him into a founding father of the faith. King Nebuchadnezzar? The guy legit burned people alive for not bowing down to him. Then he made it illegal to not worship God. And of course there’s Paul–the one we all adore and love–a genocidal maniac turned pastor and theologian. But let’s not forget that even the early church was suspicious about him. But they had reason too–he could have literally killed them. What will we lose by believing that Kanye is actually saved? Worst case scenario this was all a ploy by Satan to have Kanye lead a generation straight to Hell with half-baked theology. But honestly, if that’s the plan, either Satan is desperate or the church is that pathetic that even Kanye can take it down.

At the end of the day, I’m choosing to believe that Kanye is really saved. Again, I’m not promising to agree with everything he does and says–I don’t feel that for most Christians–but I’m choosing to believe that God is at work in his life. At a time where church leaders are dropping out of the faith, it seems that God is drawing secular artists to him. First Justin Bieber comes back to the Lord, then Demi Lovato gets baptized, and now Kanye is making Christian music. Maybe the next revival is gonna come through creatives. If so, then I’m on board with that. 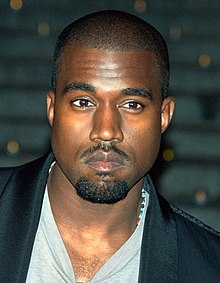