On November 10th, 2020, Akeem and I were playing 2K at our apartment in Harlem, blasting some old school Elephant Man. Your mother was visiting a friend from college in Massachusetts. You and your father stayed home in midtown. And out of nowhere something happened that changed everything forever.

“Yo, how am I missing so many shots?” Akeem screamed at the screen.

“Cuz you booty,” I told him. “I told you don’t come in here with them Celtics. Watch Curry—yooo!”

Akeem paused the game to sub his players out.

“Yo, you keep doin’ this,” I said, slapping the controller on my lap. “Just use the D-pad. You take mad long to sub.”

“And you took twenty minutes to pick a team. “Shut up.”

And suddenly the power went out.

“You serious, Akeem?” I shouted. “You that much of a sore loser?”

“It wasn’t me, bruh!” Akeem jumped to his feet to defend himself. “It just shut off by itself.”

I walked over to the PS4 and tried to turn it back on, but it wouldn’t. Then I realized the music had turned off too. And the clock on the microwave was out.

But something felt off about this.

I grabbed my phone and called your mother, but the call wouldn’t go through. I tried to message her, but the wifi was down.

“Something ain’t right, Akeem,” I told him.

We heard car horns blaring outside and rushed to the windows. Some cars had crashed at the intersection and the drivers were screaming at each other. Mad people were coming out of the corner stores and filling the sidewalks and holding their phones up to the sky, trying to get better reception. But no one’s phones were working.

“Yo, the lights,” Akeem said, pointing.

The traffic lights at the intersection were all blinking. And the “Open” signs that were usually lit in the corner store windows were all off.

“It’s not just us,” Akeem said. “It’s the whole neighborhood.”

“What are we gonna do? Huh? We can’t call anybody. We can’t watch anything on the news. We don’t have any idea what’s happening and we got no way of finding out.”

“Yeah? Cuz you Jack Boer, right? I told you we should’ve left.”

“It’s probably just a regular black out. Let’s just chill here for a while and see what happens.”

So that’s what we did.

The next day was November 11th and the power was still down.

Akeem walked through the door shaking his head and had a worried look on his face.

“I was hungry, man,” he told me. “So I went to get something from the corner store. But the food’s already going bad.”

“And that’s why you look mad shook?”

“No,” he told me. “Some dudes got some walkie talkies. They’ve been listening to stations and finding out what’s going on.”

“It was a cyber attack. Took down half the U.S. power grid.”

I breathed a heavy sigh and shook my head.

It was a nationwide blackout. No power at all. No GPS. No traffic lights. No wifi. Nothing. So for the time being, no matter where we were, we were stuck there. Which meant me and Akeem were stuck in Harlem, you and your father were stuck in midtown, and your mother was stuck with her friend in Massachusetts.

“Some radio towers didn’t get affected,” Akeem went on. “So that’s why these are still good.” He tossed me a walkie talkie. “And I got this from Radio Shack.” He walked over to the living room and put a tiny radio on the coffee table. He played around with the knob and switched through stations, but found nothing but static.

This was too much for me to take in and I wanted to go for a walk to clear my head. But honestly I was a little shook about this whole thing. I didn’t wanna run into some crazy dudes out there and get shanked outta nowhere.

I rushed over and found him sitting in front of the coffee table, eyes glued to the radio. And I heard the voice we all remembered from the 4th of July announcement.

Me and Akeem looked at each other and it looked like Akeem was about to pee his pants.

“I will follow the example of the Mayflower Compact,” Kamama went on. “And promise to treat all Native Americans with respect and dignity. But I can’t promise to do the same to everyone else.”

And that was the end of the announcement.

“What does that mean?” Akeem asked. “What’s he gonna do?”

But we found out soon enough.

That day, every single white person in Massachusetts was suddenly infected with a disease the world had never seen before. And with all the power out, none of the hospitals could help. By the time the Sun was setting, every single white person in Massachusetts was dead. Every. Single. One. Including your mother. And as the Sun set, anyone near a radio or walkie talkie heard the same familiar song playing over every station on the east coast: “This Land is Your Land”. 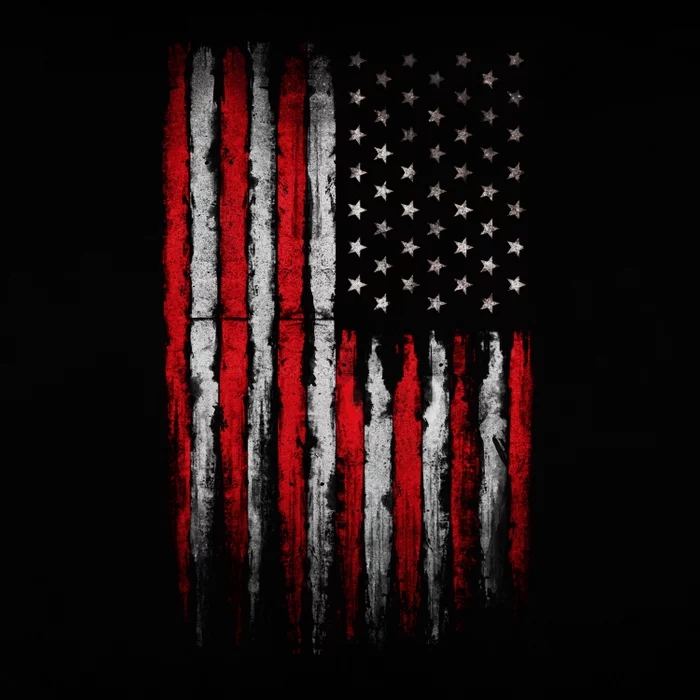