“So they’re showing me on television, the detergents are getting out blood stains. Is this a violent image to anybody? You got a t-shirt with blood stains all over it, maybe laundry isn’t your biggest problem right now. Get the harpoon out of your chest first.”

1. Take out the harpoon 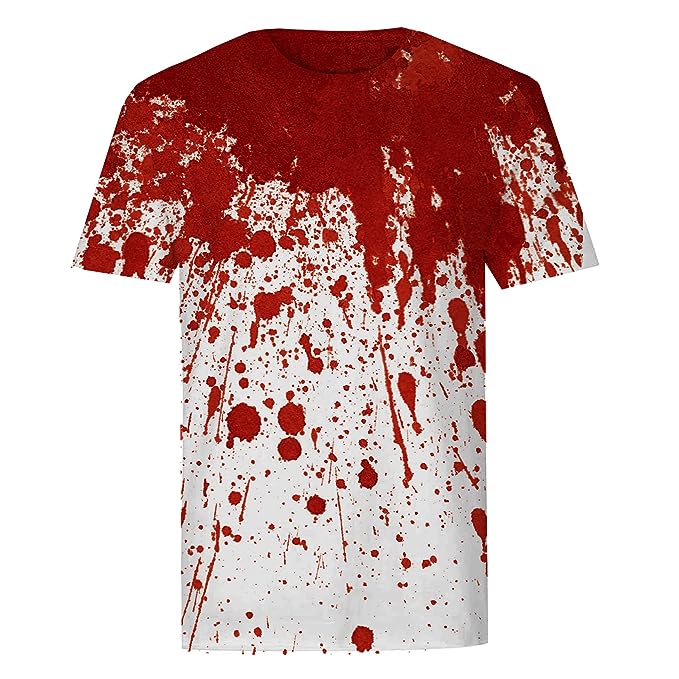 Imagine you’re a teenage girl and you’ve grown up in a church where your pastor preaches that the sexual immoral and fornicators go to Hell. Then you have sex with your boyfriend and discover that you’re pregnant. You have two options: either you have the baby and get disowned by your family, shunned by the church, excommunicated from your entire faith community, and forced to raise this child on your own, most likely never to set foot in a church again. Or you can have an abortion and no one will ever know. Which option sounds better?

We can argue all we want that God doesn’t want us to kill babies, but the reality is the church isn’t safe for unwanted pregnancies. There’s a harpoon in the chest of women and for the most part, the church has put it there. So we can’t point the finger at women who have abortions until we make the church a safe place for women thinking about abortions.

2. Stand up before you speak up

Part of the argument is whether or not women should be allowed to have abortions if they’ve been raped. Then maybe abortion isn’t our biggest problem right now. Why are so many women being raped in the first place? The more we argue that women shouldn’t have abortions, the more it seems that we don’t care that a woman gets raped. Maybe we should spend less time sharing our opinions on what a woman should do with her baby and instead stand up for the woman who’s in a situation she didn’t expect to be in. Instead of pointing at all the blood on her shirt, we should be helping her heal from yet another harpoon wound in her chest. 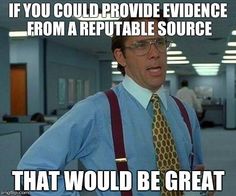 When it comes to controversial topics like this there’s always going to be some myth that gets fired around like a silver bullet to shut down the other side for good. But more often than not, these myths are just that: myths. One of the biggest myths when it comes to the abortion debate, especially among the black community, is that Planned Parenthood is racist and is secretly trying to euthanize black babies. I will admit that I used to believe this. But the truth is not as black and white. Margaret Sanger wasn’t necessarily the patron saint of humanitarianism, but neither was she a female Hitler.

I’m not saying that there’s no such thing as systemic racism. I’m not saying that there aren’t any racist abortionists. There are very real unjust laws in place expressly to oppress and eliminate people of color and there’s no denying them i.e. the New Jim Crow, disproportionate police brutality, and racial profiling just to name a few. I’m saying that abortion might not be in the same category. But the more we treat it like it is, the more damage we do to ourselves and to our cause.

Some of the statistics like there being more abortion clinics in black neighborhoods than in white ones, are not as clear cut as we think and sometimes not true at all. And it doesn’t help that big figures like Ben Carson and Ted Cruz keep repeating the myth. But when you don’t do your research, you end up villainizing abortionists more than they actually need to be. Again, I’m not saying that Planned Parenthood has a skeleton-less closet scented with hopes and righteousness. It very well may be a dragon that feeds on children–but it might not be specifically hunting down black children. Check out this article for more info on this.

4. Be pro-life, not just anti-abortion 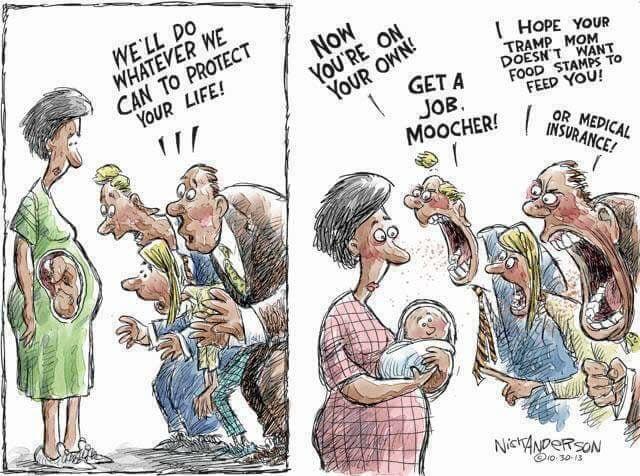 Then there’s the issue of fighting for the unborn baby, but not fighting for the lives that are already living. Don’t push for the mother to raise this child when you’re not going to be the one pushing it out or raising it on your own. We’re there loud and clear when she’s thinking about terminating the pregnancy, but where are we when she can’t afford to buy diapers?

Furthermore, if we’re going to be pro-life, we should be pro-life, not just anti-abortion. That means we should be just as passionate about reforming the foster care system, adopting children, giving blood, donating organs, protesting death penalties, and standing up for the black and brown bodies that are getting gunned down as we are about stopping abortions. We hate when people pick and choose which Bible verses to focus on to justify their atheism so we can’t pick and choose which life issues we want to focus on.

We like to think that the Bible supports our pro-life agenda, but it really doesn’t. The Bible doesn’t explicitly support either side. You can argue that murder is a sin and that God knows us in our mother’s womb so therefore He doesn’t want us to have abortions. But you then have to deal with the fact that God killed Bathsheba’s newborn baby(2 Sam. 12:14). Not as a fetus. Not at the first heartbeat. Fully born. Fully human. Fully dead. You can do all sorts of hermeneutical acrobatics to explain this, but it’ll be the same sort of dance moves abortionists pull to justify their case. The point is, this issue isn’t black and white. God doesn’t seem to be either pro-life or pro-choice. He seems to be something else that we can’t fully grasp. Therefore, to assume that He’s on our side and against the other side is grossly presumptuous.

But one thing the Bible does make clear is that there is no condemnation for those who are in Christ and that we shouldn’t judge others or we’ll be judged.

So before we throw stones at women on the other side of this debate, remember that Jesus was the only person who could throw stones and He didn’t. He protected women from being stoned. We should do likewise. We should listen to someone’s story instead of making our argument. We should stand up for victims instead of pointing out what they did wrong. And we should offer help instead of offering criticism. Because at the end of the day, that’s what Jesus would do.