Very early in school I discovered that girls are really smart. Really smart. So much so that for most of my life I was convinced that the valedictorian was the girl with the highest GPA and that it was named after a smart girl named Valedictoria. That being said, I was always confused why we learned about so many guy geniuses like Newton, Da Vinci and Einstein, but no one ever talked about female geniuses.

So in honor of woman’s month, here are five female geniuses of history I wish they’d taught me about in school… 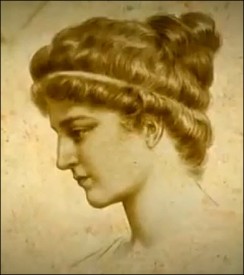 Hypatia was a Greek mathematician, astronomer and philosopher born around A.D. 350. There really is no way of giving this woman credit where it’s due because, for all intents and purposes, she was an intellectual superhero. She’s considered to have been the first female mathematician, was said to have surpassed all the male philosophers of her time, her achievements in music and science were lightyears ahead of her contemporaries, and rumor has it that in an attempt to explain why the Sun seems to change size in different seasons, she calculated that the Earth revolved around the Sun—thousands of years before Galileo. She was also reported to be unusually beautiful, but because of her adherence to Neoplatonism, she lived a life devoted to virginity. She knew how to get what she wanted with just her intellect and without resorting to her sexuality. 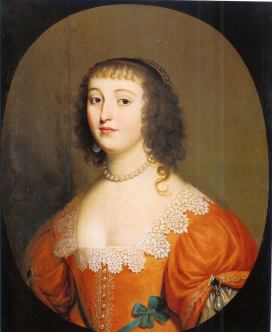 Behind every great man is a great woman, they say. Princess Elisabeth of Bohemia was one of those women, whose brilliance came out through the great men she was able to keep up with and in some cases surpass. She was born in Heidelberg, Germany in 1618, was taught history, geography and math and was fluent in multiple languages, including Greek and Latin.

She’s most famous for her correspondence with Reneé Descartes, a series of letters they exchanged over several years. During this correspondence, Elisabeth asked Descartes—who believed the mind and body were two separate entities—how the mind and the body could interact with each other if one was physical and the other was not. Descartes was never able to answer the question.

So think about it: you can’t move a pool of water with your hands because its liquid and you’re solid. So how does your mind move your body? And you thought “I think therefore I am” was deep.

Emilie was born in Paris in 1706. It was obvious from an early age that she wasn’t like most children and that there was a genius in the making in that little mind of hers. Unfortunately for her, she was born at a time where women weren’t allowed to go to school and most were expected to stay at home their entire lives until a man came along and rescued them by marrying them. Fortunately for her, she had a father who recognized her genius and flooded the house with tutors who stretched her mind to its limits and taught her math, literature, physics and science. As a result, she became fluent in Latin, Italian, German and Greek by the time she was 12. Assuming she started speaking French around 3, that gives her 9 years to become completely tetralingual. We take 4 years of Spanish in high school and still don’t know when Cinco de Mayo is.

One of the things she’s most known for is her long-lasting affair with French philosopher and writer Voltaire, who said of her, “I saw her one day divide a nine-figure number by nine other figures in her head without any help, in the presence of a mathematician unable to keep up with her.” She would later go on to build a laboratory in her basement where she and Voltaire would conduct science experiments then write physics papers on their discoveries. She became the first woman in France to ever have a scientific paper published by the Paris Academy.

Her crowning achievement was translating Newton’s Principia from Latin to French and providing commentary on it along the way—which would mean she had to have been at least as smart as Newton was in order to accomplish this(Mind you, she wasn’t even reading it in her native language.). This translation has been the standard translation in all of France to this day. And—as if this legacy wasn’t enough to seal her genius—apparently, while translating this fine piece of brilliance, Emilie devised the earliest version of E=mc2, more than 150 years before Einstein would come up with it. She died a few days after finishing the work. Talk about going out with a bang.

Maria was an Italian philosopher, mathematician, theologian and humanitarian and was born to a wealthy family in Milan, Italy in 1718. She was the oldest of twenty-one children. You would think being in a family bigger than some private school classrooms would make it hard to stand out. Not for Maria.

She was fluent in French and Italian by age five. When she was nine, she gave an hour-long speech in Latin to some of the most notable intellectuals of the day on women’s right to be educated. By the time she was eleven, she spoke seven languages and was nicknamed “The Oracle of the Seven Tongues”.

When she was fifteen, her father would invite some of the most distinguished intellectuals of the time over the house to discuss ideas in their fields and have Maria speak with them. Being shy, she wasn’t a huge fan of these meetings, but went along with them to please her father. She was a deeply religious, devout Roman Catholic and her dream was to join a convent, but her father wanted her to study mathematics instead.

When she was around thirty, she wrote a book called Instituzioni Analitiche to help her brothers understand math and it became the first mathematics textbook published by a woman. She was also the first woman to become a math professor at a university.

Despite her unparalleled aptitude for everything mathematical, when her father passed away, she gave up all of her work on math and focused all of her energies into studying theology and helping the poor. This has led some historians to think that math was nothing but a hobby to her that she did just to please her father and that her real passion was religion.

She spent the last forty years of her life studying theology and doing charity work, opening up her house to the poor and converting it into a hospital. Despite her success and influence and the wealth of her family, she died poor and was buried in a pauper’s grave. But her influence lives on and the Witch of Agnesi is named after her(because of a mistranslation of her textbook) and she has an asteroid and a crater on Venus named after her.

Marie Curie was born on November 7th, 1867 in Warsaw, Poland. She was a physicist and chemist, was the first woman to win a Nobel Prize, the only woman to win two Nobel Prizes, the only person to win two Nobel Prizes in multiple sciences, and probably holds a Guinness World Record for most number of times “Nobel Prize” gets mentioned with their name. And she discovered two elements—polonium and radium. She’s the most well-known for discovering the radioactivity of radium and even coined the term “radioactive”.

Now, not only was Marie Curie insanely smart(refer to both Nobel Prizes mentioned above), but she was also insanely resilient and insanely compassionate. Resilient because being a genius woman in the early twentieth century was not entirely smiled upon. As a matter of fact, when Marie was being awarded her second Nobel Prize for discovering polonium and radium, some people tried to talk her out of it because they found out that she was having an affair with one of her dead husband’s graduate students. Because this is the best stuff people can come up with to bring you down when you’ve reached rock star genius status. But you know what Marie did? She took the award anyway. Then, when World War I broke out, she had her two gold Nobel Prizes melted to be used to support the war efforts, developed a portable X-Ray machine and went on the battlefield to help wounded soldiers—which resulted in the French government awarding her the Legion of Honour.

It’s hard to fully fathom the impact Marie Curie had on the scientific world, but some scientists describe her efforts as “epoch-making”, “forcing a reconsideration of the foundation of physics”; her efforts eventually led to both nuclear weapons and chemotherapy and inspired a hit song by Imagine Dragons.

Sadly, Marie ultimately died from all the exposure to so much radiation. She spent so much time handling radioactive elements that even her cookbook is still radioactive and her papers are kept in lead containers because of their dangerously high levels of radiation. But, like radiation that lingers decades after a nuclear explosion, Marie Curie’s legacy still lives on today.

So there you have it: 5 female geniuses for you to chew on. Hopefully they inspire you, ladies. And just in case some of this might have been overwhelming and lest you worry that you’ll never be as smart as they were, remember this gem from Reshma Saujani, another awesome woman: “Girls don’t need to be perfect—just brave.” All of the above women, aside from being smart, were above all brave. So go ahead. Be brave.